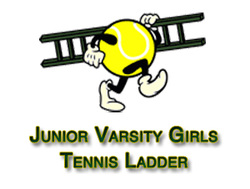 Once the ladders have been established, challenges can be initiated. Challenge matches will be played during practices. The challenging player or team will need to notify the coach which player or team they would like to play against. It will be the coach's responsibility to notify your opponents that a challenge match has been initiated and they will have 1 practice day to prepare. This will give both the challengers and opponents time to get ready for their upcoming match. The coach can also initiate challenge matches, if she feels that a player or team has improved their level of play and is ready to move up. So to everyone, remain focused, keep practicing and stay hungry!